There’s a ranch just north of Denton on Interstate 35. These days it sits abandoned, just a shadow of its former self. But there are hints and clues that this property was once a place of more significance.

I first noticed the ranch sometime back in the very early 1980s. Once a month or so, we would pass by en route to my Aunt’s house a little further north in Sanger. The ornate front gate framed a sign proclaiming this as the Cauble Ranch. Atop the sign sat the statue of a proud cutting horse covered in brilliant gold leaf. To either side, rows of flags waved in the wind. And behind it all stood the imposing Cutter Bill Championship Arena.

I couldn’t help but wonder about such an impressive facility so far north of Dallas, and seemingly out in the middle of nowhere. Even as a boy I wanted to know the story of this place. My curiosity would have to wait several decades for an answer.

On a recent trip north of Denton, I noticed that the golden horse statue–along with the ranch’s better days—are long gone. The ranch and its arena are dilapidated now, and the front gate has crumbled away and been replaced. How could such a nice facility be allowed to go derelict like this?

Back at home, a quick look on Google Earth showed the full extent of the ranch land–much more so than can be seen from the highway. A creek cuts through the property diagonally. An earthen dam had been installed to create a small lake near the center of the ranch. A long driveway and an out-of-place grove of trees indicate the former location of the ranch’s estate. The large house had stood in a prime location overlooking the gentle valley below.

Google Earth’s historic aerials reveal that Cauble’s home and its support buildings were bulldozed sometime in 2012. Parked cars and other subtleties in earlier satellite imagery suggest the house was likely still occupied—by someone—up until then.

The next step was a broad Google search on Cauble Ranch Denton, Texas, and the results that came back were intriguing. With a few more clicks and another search or two, the fascinating story of this out-of-the-way ranch began to reveal itself. As is so often the case these days, once you get a good lead, it only takes a few more targeted searches to coax the meat of the story out of the internet. Here is what I found out…

The ranch as I remembered it from my youth was owned by a wealthy businessman named, Rex Cauble. Rex was a colorful and iconic Texan, who began building his fortune as a young man in the early 1950’s. He primed the pump–so to say– through marriage to a well-to-do heiress, and then went on to enhance his wealth through ventures in oil, banking, real estate, ranching, and retail.

By the 1970’s Rex Cauble was one of the richest men in Texas, and as such he regularly hobnobbed with high-powered celebrities, businessmen, and politicians from far and wide. Rex’s exact net worth is unclear, but he was certainly wealthy enough to have power and influence inside the state and beyond. And he ran his business empire from an office in Denton, Texas, of all places.

Perhaps Rex’s greatest claim to fame was his prized cutting horse named, Cutter Bill. This world renowned stallion won many awards. He was the reason for the ranch’s grand arena and the inspiration behind the gold statue above the sign at the gate.

Cutter Bill also lent his name to Cauble’s retail enterprises–a pair of high-end western wear stores, one located in Houston and the other in Dallas. These stores catered to the wealthy, a fact that was clearly reflected on the price tags of the merchandise they offered.

Rex so prized his award winning palomino that when Cutter Bill passed away in 1982, the horse was buried at the ranch’s front gate, complete with an ornate tombstone to mark the location.

It was also around this time that the story of Cauble Enterprises began to take a dark turn. The bizarre tale reads like a script from a certain early 80s prime time soap opera set in the great state of Texas.

In 1978, the DEA and other law enforcement agencies intercepted a shrimp trawler on the Texas Gulf Coast. The boat–the Agnes Pauline–was laden with a shipment of Columbian marijuana, and the crew had ties to Cauble Ranch in Denton. The local media dubbed the smugglers and their associates, “The Cowboy Mafia.”

This major bust broke the story on what was considered to be the largest drug smuggling operation in Texas at the time. Once the investigation got rolling, and it wan’t long before Rex got fingered.

In 1982, Rex Cauble was convicted of ten counts including three violations of the Racketeer Influenced and Corrupt Organizations statute (RICO), three violations of the Travel Act and four counts of misapplication of bank funds. Rex was sentenced to 10 concurrent 5 year prison terms, and the government took possession of his share of Cauble Enterprise’s wealth and property. Through it all many of Rex’s friends held on to the belief that it was actually the ranch foreman, Muscles Foster, who was the real ring leader. Foster was found innocent of any involvement via an insanity plea.

A few years later in June of 1985 –after the dust had settled– NBC News did this story covering the dissolution of the Cauble empire. While Rex was in jail, the Feds took ownership of many of his prime holdings…

Rex was released from prison in 1987, with time served and good behavior. He spent the next 15 years trying to recover some semblance of his prior life, with only middling success. Cauble continued to maintain his innocence until his death in 2003.

Meanwhile the history of Denton County continues to surprise and fascinate. 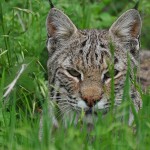 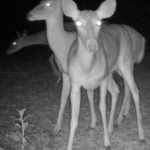 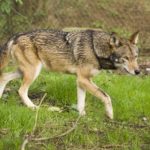 What about the Red Wolf? 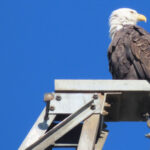