It was early morning yesterday, and I was up before the dawn.

You see, there is a utility right-of-way running through a marshy area that I’ve had my eye on for some time now.  Close to the Trinity River and buffered by a large golf course, this little strip of wetland seemed to have a lot of promise.  All I needed was a little time on a morning with clear skies in the forecast.

The pieces finally fell into place a week or so ago.  My morning schedule freed up on a day predicted to have plenty of sun and clear skies–perfect weather for taking photographs.  The only hitch was that it was going to be cold.  Very cold.  The temps that morning were predicted to be in the high 20s – low 30s.  A jacket would be required, for sure.

Dawn was at 7:10 am that morning, and I arrived about 30 minutes before.  Maybe a little bit too early.  I love pursuing wildlife photography at the first light of day.  Many animals are still active at this time, and if it’s sunny out, the light will be golden and beautiful.

But my timing was a little off on this morning.

The sun rose on schedule, but it did not clear the trees behind me until almost 8 o’clock.  That means while I was waiting for daylight, any critters that should appear would have to be photographed in shadows.  So, I turned up the ISO on my camera and hoped for the best.

Somewhat unexpectedly, the first example of urban wildlife to catch my attention on this still dark morning was a majestic Osprey hover-hunting over a small body of open water in the middle of the marsh.  I’m not used to seeing Osprey working such a constrained area, but maybe the proximity to the Trinity River encouraged this one to give it a go.  It surely couldn’t hurt to try.

The big Osprey hovered for nearly 30 seconds, but he never did commit to the dive, and soon he was on his way again.  Perhaps unsurprisingly, flying off in the direction of the River.

The next critter to catch my attention was this rather plump Beaver. I spotted the big rodent as she was making her way across the same open stretch of water the Osprey had been hunting just moments before.

With only the top of her head visible above water, I first assumed that this was going to be a Nutria–a critter that is slightly more common in this part of Texas.  But when the big rodent hauled itself out of the water on the far bank, I was thrilled to see the Beaver’s distinctive broad, flat tail.

Pickerel Weed is a favorite food of Beavers in North Texas, and this one had climbed up on the bank to seek some out.  It didn’t take her  long to find what she was looking for, and then it was right back into the safety of the water to feed.

The plump Beaver (surely 40+ pounds) made short work of the greens, before plunging back into the water and continuing her swim along the far bank of the marsh.  The last glimpse I had of her was when the Beaver briefly exited the water while climbing over a portion of her dam.

Periodically, while I was focused on photographing the Beavers, honk-a-lonking Canada Geese would do a low altitude flyby. A large group of them must have over-nighted in the distance golf course, and now they were leaving in groups of two or four seeking out their morning feeding grounds–certainly someplace nearby with lush, green grass. This “quadron” was flying just high enough to catch some of the day’s first light as the sun broke the distant horizon.

In a Black Willow near the south end of the marsh, I noticed this handsome, young Red-shouldered Hawk. In North Texas, these raptors tend to show a preference for wetland areas, making this utility right-of-way an excellent habitat for a bird like this.

A sizable number of wintering ducks had gathered in one of the larger areas of open water along the ROW. Northern Shovelers, with their metallic green heads and elongated black bills, and Gadwalls–sporting subdued, but still beautiful coloration–were the two species represented in this pond. As a group, the waterfowl seemed to be rather skittish for some reason, so I made a point of keeping my distance.

In the air above us, I noticed this big female Cooper’s Hawk gliding by. She had emerged from the woods bordering the golf course, and was bee-lining across the ROW. She soon disappeared into the man-made forest of trees and landscaping growing in the mature subdivision just behind me. The Cooper’s Hawk would do well hunting the smaller birds that are abundant in just such an environment.

In another pond was a small group of Ring-necked Ducks. These guys patrolled around the margin of the water, and came closer to me of their own accord. I was happy to take their picture!

On the transmission tower across the way, I spied this handsome male Red-tailed Hawk. He appeared to be preoccupied with something on a rung or two below him, and it didn’t take me long to notice what. It was the redtail’s mate perched on the same tower just slightly below him–females of this species are generally larger than the males, making it easy to determine which is which.

There are a number of Red-tailed Hawk nests built on the towers in this stretch of the utility right-of-way. Each spaced roughly a half-mile apart. The arms of this style of transmission tower seem to be particularly well suited for Red-tailed Hawk nest building. It’s possible these two will choose a tower somewhere on this line when they begin to nest later in the spring.

A neighborhood park located adjacent to one end of the marshy ROW had attracted a sizable collection of early rising Black Vultures. The group had spied some fresh roadkill, and was staging in the park’s trees waiting for their chance to drag the carcass safely off the road. I walked over for a few quick pictures, before leaving the big black birds to their macabre business.

I actually spotted this next set of critters just shortly after I arrived early in the morning, but I had to wait nearly two hours before the sun had risen high enough to illuminate them effectively. This is a pile of Nutria–most likely a mother and her pups, with possibly some others joining in for good measure. These critters have collected into this furry mound of Rodentia in an attempt to stay warm through a very chilly night and early morning.

From what I understand, cold weather is tough on these aquatic rodents. I have heard stories about a variety of tail-less Nutria found in Oklahoma, where the winters are cold and long enough that these warm weather critters are apt to lose extremities to the bite of frost.

But that’s not typically the case here in the metroplex. Even though the temperature had dropped down into the low twenties overnight, exiting the water and piling together for shared body heat was enough to help these guys pull through. And by mid-afternoon, clear skies and full sun had produced balmy temperatures certainly more to the Nutrias’ liking.

It’s amazing how varied weather and temperature can be across a single day in North Texas. As evidence, I submit this picture taken later that day in the same marsh. By mid-afternoon the temperature had risen into the 70s and these Red-eared Sliders were compelled to come out and bask in the warm sun. 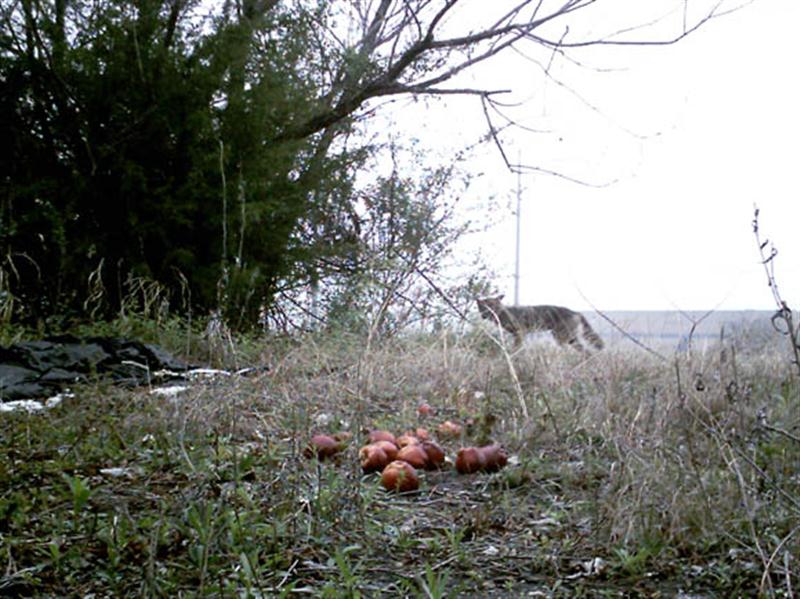 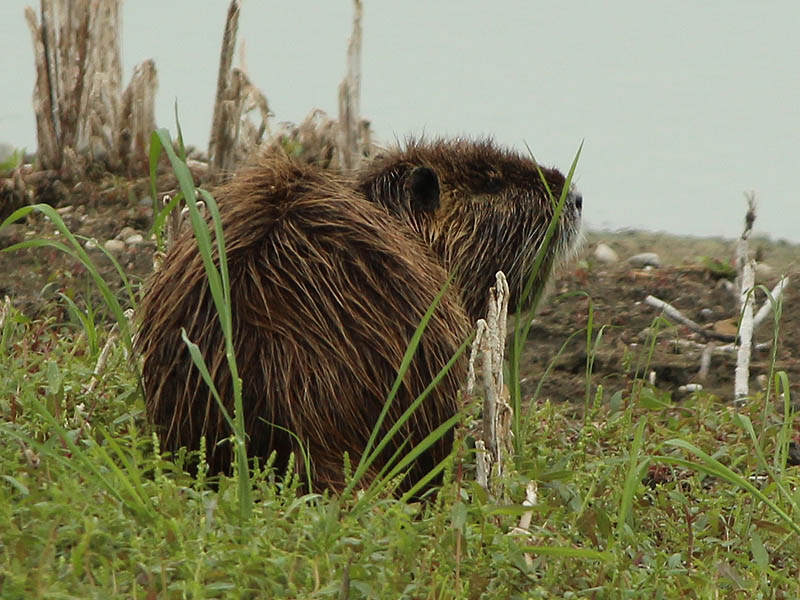 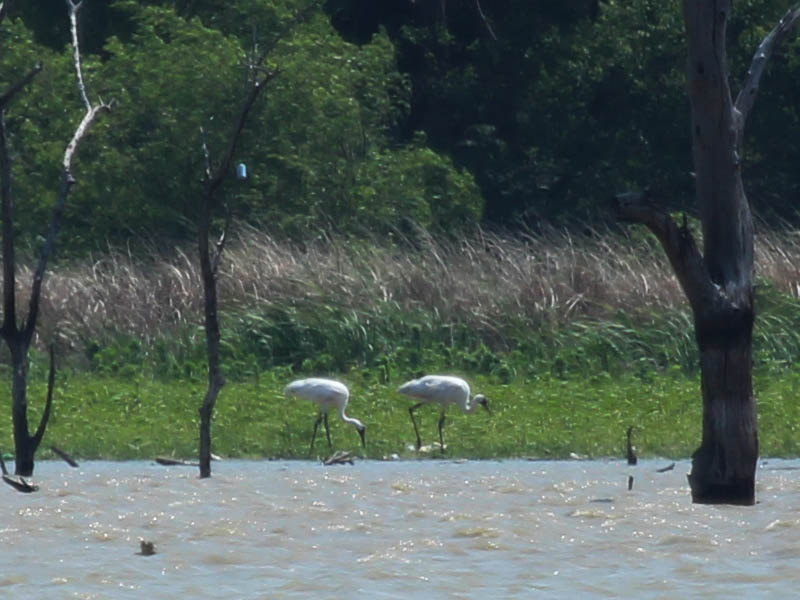 1 thought on “It was Early Morning Yesterday”