In mid-February we made a quick trip out to the Wildlife Center at Crosstimbers Ranch to check on the progress of Josey the orphaned Bobcat kitten. Josey was rescued after being found wandering lost and alone in a Carrollton subdivision last April. She has been under the care of the good folks at the Wildlife Center at Crosstimbers Ranch ever since.

As is the norm, we found Josey to be doing just fine. She is never happy to see us, however, as she is still very wild and wary of people. This, of course, is by design. It is very important that a releasable Bobcat retain a healthy aversion to people in order to have the best chance for survival in the wild.

Josey is approximately a year old now, and her release date is rapidly approaching. Tentatively scheduled for late spring, right now the goal is to release Josey and a few other of the center’s Bobcats on a farm in McKinney, Texas. We plan to be present for Josey’s big day, and can’t wait to share pictures of the event with all of you. Stay tuned!

After checking in with Josey, we made a little time to visit with our favorite non-releaseable Bobcats Devon, Elliot and Crystal. You may remember from previous posts that Devon and Elliot were rescued as small kittens after the burn pile that had unknowingly been their den was set afire. Both kittens suffered severe burns, and each required many hours of special attention during their recoveries. Today, barely a sign of their injuries remains. They are both healthy, happy, and engaging young Bobcats.

Crystal came to the center after someone attempted to keep her as a pet. As a consequence of her handling, Crystal has no fear of people and would likely seek out human contact if she were ever allowed to be free-roaming. This would be a fatal trait for a wild Bobcat, and that means Crystal will have to remain a permanent resident of the WCCR. Bobcats are cute as a kittens, but they become a real handful once they reach young adulthood. Trying to keep one as a pet is not a good idea.

A finally, we have a little reminder that baby season is rapidly approaching. These little Fox Squirrel pups are the first of the season, but there will be many, many more.

I like to try and close each of these articles with a little disclaimer. Bobcat kittens are beyond cute and are very endearing, but as is the case with all wild animals, they do not make good pets. Bobcats require a tremendous amount of very specialized care, which should be provided by licensed wildlife rehabilitators only. When Bobcat kittens become older, the challenges involved in their care begin to grow as well. Young adult Bobcats quickly become unmanageable when kept in a domestic environment.

Many of the non-releasable Bobcats at the Wildlife Center at Crosstimbers Ranch were turned over to the center when the cats became too much for their owners to handle. Imprinted on humans, and without the skills they need to survive on their own, these cats will never be releasable back into the wild. They will be forced to live out the rest of their lives restricted to the confines of their enclosures. Please do not try to keep a Bobcat as a pet.

Caring for Bobcats and other wildlife is also a very an expensive proposition. Both of these organizations—The Wildlife Center at Crosstimbers Ranch and National Bobcat Rescue and Research—rely on your generosity for many of their operating needs. As I mentioned earlier, baby season is fast approaching and soon there will be many more small mouths to feed. If you would like to make a tax deductible donation of money or in supplies please follow the links below: 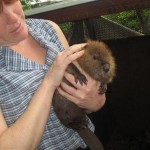 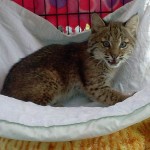 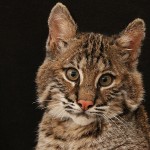 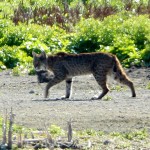