Fall is coming. If you’re sensitive to it you may have been able to catch a hint of it in the air on most mornings for several weeks now—especially if you make the effort to detect it before the temperature has the chance to climb into the triple-digit range later in the day.

With the coming of autumn also comes cooler temperatures and more opportunities to venture outdoors. There’s something about autumn in North Texas that has always invigorated me. The cool, brisk air. The big blue sky. The vivid fall colors. The season of change.

If the ground stays dry you will soon be able to get to places ordinarily unreachable. As the weather cools, the vegetation pulls back and the reptiles and insects hibernate. Passage through the cross timbers becomes easier and less daunting as a consequence.

Being outdoors at this time of year can certainly make you feel like all is right in the world—at least until it doesn’t. Nothing will spoil your time outside faster than discovering evidence of poaching and other illegal hunting activities.

The North Texas area—to the surprise of many—actually has a wealth of nature preserves, parks, and public lands that are readily accessible. Quite a few are only minutes away from most places in the metroplex.

Many of these places are true wilderness areas which only the hardiest outdoorsmen will venture into. And it is exactly this remoteness that emboldens poachers and other criminals to take liberties on these lands that ruin these places for the animals that live there and the law-abiding people who want to visit.

What animals are poached in the the DFW Metroplex you might ask? White-tailed Deer, Feral Hogs, Wild Turkey, Mourning and White-winged Doves, ducks and geese of various kinds, varmints like Coyotes, Eastern Cottontails and the like. Some killing occurs just for the sake of killing. Non-game animals are often the victims in these cases.

There is entirely too much of this kind of illegal hunting activity occurring on our public lands. It seems that every time I explore a new area I come across evidence of one kind or the other of this type of criminal activity. On occasion I’ve even caught the perpetrators in the act. Busting someone out in the middle of nowhere can be a dicey proposition. Imagine how fast something like that can ruin your day.

On the vast majority of the public lands around the metroplex, hunting of any kind is prohibited. If you run into this kind of activity on these lands the best thing you can do is be prepared to report it. The more eyes we have on this problem the harder it will be for these guys to break the law.

Some of our public lands do permit in season hunting. Shotguns are permissible for some game. Bow hunting is legal for others. In some cases, hunting is also allowed on private land and is permitted inside the city limits of a number of municipalities. Be sure and check your local regulations before participating in a hunt in the greater Dallas/Fort Worth area.

Now, let me be clear. I don’t have beef with legal and responsible hunting. I’m a practical guy, and I realize that hunting is an American tradition and a necessity in some places where wildlife populations need to be managed. I used to hunt when I was younger.

That said, as an ex-hunter I might suggest you give putting down the rifle and picking up a camera a try. Wildlife photography gets you outdoors just as when hunting, but it is definitely more challenging and has the added benefit of not being destructive in its execution.

So, now that you have some idea about what is legal, let’s now talk about what is not legal. The carry and discharged of rifles and handguns, including black powder guns and air guns, is NOT allowed on any public lands in the metroplex. Snares and traps are not permitted, and neither is the running of hunting dogs. Leaving feeders and hunting stands overnight is prohibited.

One of the most egregious types of criminal violation is the use of hunting dogs on public land. Hog hunting with dogs—called Hog Doggin’—is an example of a hunting activity that is particularly disturbing. This is a reprehensible pursuit, the value and legality of which really ought to be reconsidered no matter where it is done.

The proponent of Hog Doggin’ will tell you what big fun it is. But, what often goes unmentioned is the brutal and reprehensible techniques used to conduct these hunts. One of the most popular methods is little more than setting up hog vs dog death matches—barely and inconsequentially different than the repugnant dog fights we all find so indefensible.

Hog hunters using this technique release packs of hunting dogs to find and chase down wild hogs. The Dogo Argentino is the hunting dog breed of choice for this activity—think Pit Bull, but meaner. The dog pack will single out a hog and then run it to exhaustion. When the pig can go no further, as many dogs as can fit latch on to the hapless animal’s face with their powerful jaws. The dogs bite the hog’s snout and ears and hold on ferociously.

Feral Hogs with some fight left can turn the tables on the dogs in an instance—and when they do, the dogs die. I have come across a number of dog carcasses in the Great Trinity Forest and other places left to rot by the trail side—obvious victims of a hog hunt gone wrong.

But, once in the grasp of the hunting dog pack there is usually little a hog can do except scream in abject terror—its blood curdling. It’s usually at this point that the hog hunter himself enters the fray. With the hog fully restrained by the dogs, the hunter comes in to end the fracas with a Bowie knife to the pig’s ribcage. Blood lust is what this sport is about.

See for yourself in the video below. Make your own judgements:

If you see something like this going on on public lands or inside city limits, report it to the authorities. Know the phone number of the game warden responsible for the area you are in. If you catch somebody in the act, call all local law enforcement. There are likely several violations in progress. Call 911 for the local police. Call the Sheriff Department. And call the Game Warden. Take photographs if you can, but do not confront the perpetrator. Report it. A simple smartphone is the best tool available for putting an end to this kind of nonsense.

Operation Game Thief is a great resource for reporting illegal hunting activity of any kind. See the Public Service Announcement video below for Texas Parks and Wildlife Department’s recommendations for using the reporting service.

Contact information for the local authorities is provided below: 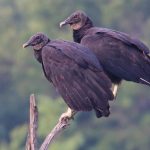 Hiking the Habitat at Hagerman 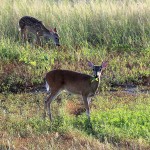 One Reply to “Poaching on Public Lands”