I had only taken a few step into Grand Park in Frisco, Texas when I discovered the first signs of White-tailed Deer on the property. A few droppings here and a few tracks there told me right away that there was a small herd of deer living in this 275 acre undeveloped park.

I had a couple of Scouting Cameras with me that I had brought along for another project, but once I knew there were whitetails on the property, I made an extra effort to place the cameras in locations where they would record deer as well. It didn’t take long before I had photographed my first buck. A big, healthy six-pointer. Now, before I continue, I want to offer a gentle reminder that hunting on this public park land in Frisco is absolutely NOT allowed. We will report any evidence of poaching that we find there, so please don’t do it.

OK, back to the deer…

White-tailed Deer are very sensitive to changes in their environment. They are quick to notice things that seem out of place. On the first night of recording an inquisitive doe comes in close to one of my cameras to investigate. These cameras are equipped with night vision for recording images after dark, and while the LEDs on this camera do glow slightly in visible light, this deer cannot see the full infrared illumination she is receiving. To her this thing probably looks something like a night light would to us. In another part of the park, another fine looking buck. This photograph was a prolog to an interesting series pictures. In the next photograph you can see three bucks preparing to spar over the lone doe in the foreground. I zoomed in tightly on the next two pictures so you could have a closer look at the bucks, and also to allow you to see the huge rack on the buck to the far right. This atypical set of antlers look like they would be more appropriate on an elk than a White-tailed Deer to me! A few minutes later and the camera records some sparring behavior as the doe continues to go about her business unconcerned. There are a lot of White-tailed deer living in this park. Easily a dozen, and maybe more. Every camera I set recorded several photographs of deer. In this picture, taken on the Legacy Drive side of the park, we find another buck crossing an open field in the early afternoon. Finally, we have the promise of the next generation… Here a doe cautiously scopes out an open field at dawn. She is checking and double checking for danger—making sure it is safe for her and her two fawns to proceed. 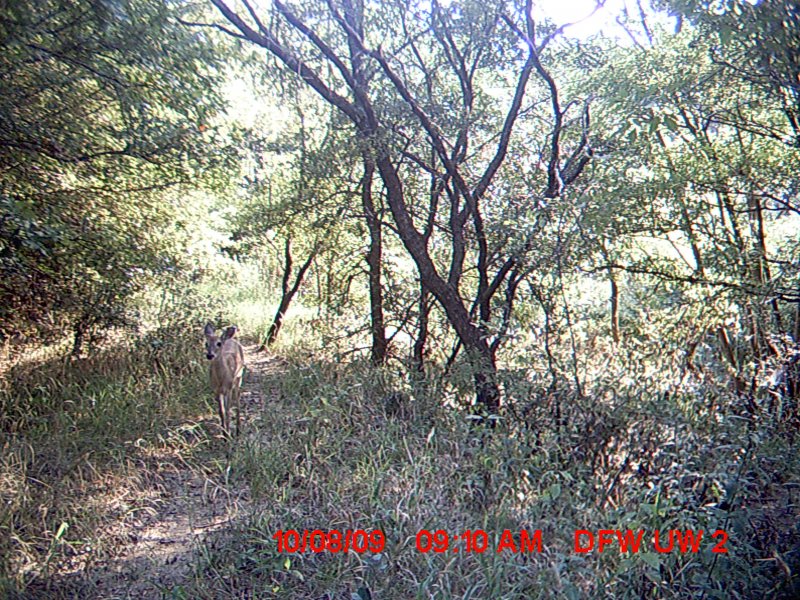 White-tailed Deer – There and Back Again 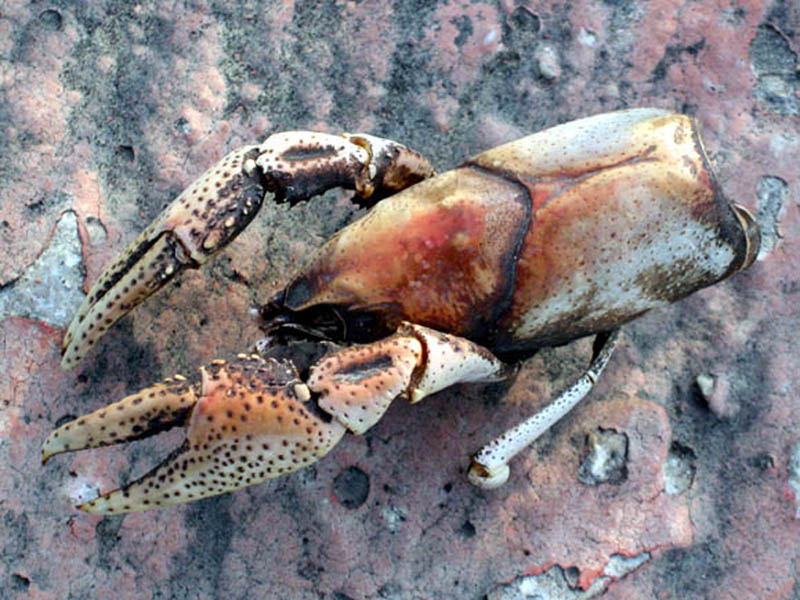