Anyone familiar with the Trestle Loop Trail in Plano’s Arbor Hills Nature Preserve will recognize this location. A branch of Indian Creek flows through this the tunnel under Burlington Northern Railroad. The railroad effectively marks the western boundary of the nature preserve.

I have been aware of a White-tailed Deer population living on the undeveloped land on the opposite side of the railroad tracks for sometime now. I couldn’t help but wonder if some of these deer ever made it across the tracks (or under the tracks) and into the Arbor Creek Nature Preserve.

I have not seen White-tailed Deer included on lists of the nature preserve’s resident wildlife. And, I have visited the park on several occasions hoping to find deer sign without success. A couple of weeks ago I decided to take a different tack, and I set some Scouting Cameras to monitor the Trestle Loop Tunnel.

This is a view of the same tunnel, but from the opposite end.

Under normal circumstances the creek is very shallow here as it flows slowly over the flat, concrete base of the tunnel. It creates an excellent passage leading from the undeveloped land on the west side of the railroad tracks to Arbor Hills Nature Preserve on the east side. Wildlife of all shapes and size could move back and forth between these two parcels of land with ease.

Because Arbor Hills Nature Preserve is heavily trafficked by people, I set my cameras on the opposite side of the tunnel in a place where I felt they were less likely to be tampered with. This is the same view of the tunnel, but from a little farther away. You can see the tunnel entrance in middle left-hand side of the picture.

A couple weeks later, I checked my setup, and it turned out that I had indeed recorded some images of White-tail Deer near the tunnel. I did not record photographs of actual passage through the tunnel, but it is hard for me to believe that the deer would make it this far and then not complete the journey. Now, I will appeal to my readers for further verification. If you have ever visited Arbor Hills Nature Preserve and have either seen a White-tailed Deer or found White-tailed Deer sign on the property, please let me know using one of the contact facilities provided by this web site: comments, email, Facebook, and Twitter.

It is likely that deer only rarely venture into Arbor Hills Nature Preserve. Once they encounter the high volume of human traffic that the park accommodates, the deer surely retreat back to the more isolated private property on the other side of the railroad tracks.

There is one final thing I wanted to include in this article. Wildlife is not the only thing that is recorded by my Scouting Cameras. Acts of nature also can trigger the cameras’ motion sensors. These next two pictures show before and after (during) shots of a flash flood flowing through the tunnel after a heavy rain. The volume of water is really staggering. 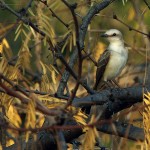