All of these photographs were taken in Frisco’s Grand Park. Motion sensitive Scouting Cameras were placed in four different locations and allowed to run for several weeks.

The first group of pictures is of a parade of three Coyotes casually strolling by the camera in single file. These photographs were recorded just before noon. In fact, all of the daytime pictures were taken right around 11:00am, no matter where on the property they were recorded. Next, my Scouting Cameras recorded a late night creek crossing. This was soon followed by several daytime fordings, likely by the same pair of Coyotes. 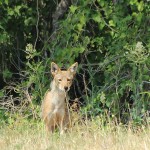 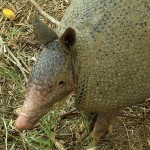 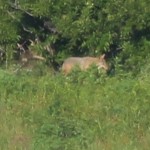