This large Barn Spider (possibly a Neoscona crucifera) was found feasting upon the remains of this web-ensnared katydid. The gruesome, but intriguing, scene was photographed in the Joppa Preserve area of the Great Trinity Forest in Dallas, Texas.

Here’s what Wikipedia says about the Neoscona crucifera:

Neoscona crucifera is an orb-weaver spider in the family Araneidae. It is found in the United States from Maine to Florida in the east, to Minnesota in the Midwest, to Arizona in the southwest, and in Mexico. Its common names include Hentz’s orbweaver, and barn spider, though the latter nickname suggests the confusion that can result from using common names for spiders, as the name “barn spider” is also commonly used for the species Araneus cavaticus.

The orb part of the web may be nearly 2 feet (0.61 m) in diameter. The eggsac consists of fluffy yellow threads in a rolled leaf over a lenticular or spherical egg mass 5–12 mm (0.20–0.47 in) in diameter, which may contain up to 1,000 eggs. Juveniles are frequently preyed upon by mud daubers. 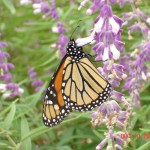 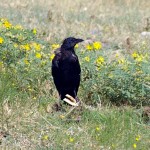 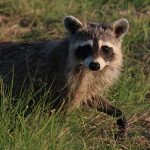