I spotted this slightly unusual looking squirrel while I was on the way to work a few days ago. I think this is little guys is what is known as a piebald Fox Squirrel. He has areas of normal Fox Squirrel coloration offset by large patches of white or near-white fur. We have a lot of Fox Squirrels in the Dallas/Fort Worth metroplex, but this type of coloration is not something you see everyday!

Fox Squirrels are the most common squirrel in North Texas. When you see a squirrel in the Dallas/Fort Worth area it is almost certainly going to be a Fox Squirrel. Ordinarily these squirrels sport a coat of gray and black on their upper surfaces, while their checks, bellies, and paws are orange in color. Their tails are large and bushy and continue the overall color scheme with gray on top and orange on the underside.

Piebaldism is a genetic condition that occurs in many different animals. It expresses itself as large patches of unpigmented skin, fur, feathers, or scales against dark or normally pigmented areas. Here is how Wikipedia describes the condition:

A piebald or pied animal is one that has a spotting pattern of large unpigmented, usually white, areas of hair, feathers, or scales and normally pigmented patches, generally black. The colour of the animal’s skin underneath its coat is also pigmented under the dark patches and unpigmented under the white patches. This alternating colour pattern is irregular and asymmetrical. Some animals also exhibit colouration of the irises of the eye that match the surrounding skin (blue eyes for pink skin, brown for dark). The underlying genetic cause is related to a condition known as leucism.

Piebaldism occurs in many other animals in addition to squirrels. Some will already be very familiar to you. Here is what Wikipedia has to say about piebaldism in the animal kingdom:

Animals with this pattern may include horses, dogs, birds, cats, pigs, and cattle, as well as snakes such as the ball python.

Bicolor cats carry the piebald gene. The same pattern that applies to cats also applies to dogs when the white spotting gene involved is indeed piebald and not another white-causing gene found in dogs. The piebald gene is also found in domestic guinea pigs, goldfish, rabbits, hamsters, goats, fancy rats, cows, and ferrets.

Many other animal species may also be “pied” or piebald including, but not limited to, squirrels and birds. Snakes, especially ball pythons and corn snakes, may also exhibit seemingly varying patches of completely pigmentless scales along with patches of pigmented scales. The term was used in The Conservationist by Nadine Gordimer when referring to kingfishers. The various types of magpie gave their name to pied coloration. The bald eagle derives its name from the word “piebald” in reference to the contrast of its white head and tail with dark body. Some domesticated foxes born from the Russian Institute of Cytology and Genetics also carry this coloring. Recently, a piebald blood python was discovered in Sumatra.

Piebaldism is not the only oddity I have observed in the appearance of Fox Squirrels. Below are some examples of other unusual looking Fox Squirrels that I have photographed over the years.

Below is an example of a Fox Squirrel that is about halfway through with her seasonal molt. She is losing her winter fur as it is being replaced by her shorter summertime coat. Reportedly, Fox Squirrels molt their fur twice a year. The spring molt takes place from head to tail, and the fall molt reverses direction and goes from tail to nose.

I photographed the next Fox Squirrel on the campus of the University of Texas in Austin many years ago. This squirrel appears to be leusitic—a condition characterized by reduced pigmentation. I’ve also heard squirrels like this one referred to as blond Fox Squirrels.

Though, nearly white in color, this squirrel is not an albino, as is evidenced by its light orange underside and dark, pigmented eyes. The eyes of an albino would have a complete absence of pigment and therefore appear blood red in color (as we shall soon see). Here is how Wikipedia describes the differences between leucism and albinism:

Since all pigment cell-types differentiate from the same multipotent precursor cell-type, leucism can cause the reduction in all types of pigment. This is in contrast to albinism, for which leucism is often mistaken. Albinism results in the reduction of melanin production only, though the melanocyte (or melanophore) is still present. Thus in species that have other pigment cell-types, for example xanthophores, albinos are not entirely white, but instead display a pale yellow color.

I understand that there is still a quite substantial population of these blond Fox Squirrel around the campus and also on the grounds of the capitol building in downtown Austin.

Next, is a picture of one of a pair of true albino Fox Squirrels that I photographed in Denton, Texas back in 2008. These two squirrels actually made national news at the time, and I first became aware of them while watching CNN.

This pair albinos followed another duo of all-white Fox Squirrels that frequented the campus of the nearby University of North Texas a few years earlier (2003). Unfortunately, being starkly white is a serious handicap for squirrels. Without adequate camouflage, all four of these Denton albinos fell to predators in short order. And while I assume the genetic potential for albinism is still present in the squirrel population in Denton, I have received no more reports of them since May of 2009.

You can see more pictures of this squirrel and his albino sibling here: Fox Squirrel Albinos in Denton, Texas.

There is one other possible color variation that may occur in Fox Squirrels from time to time. Melanism is the exact opposite of albinism. Instead of having an absence of pigmentation, a melanistic animal has an over abundance of pigment and will appear dark or black in color. A melanistic Fox Squirrel may look similar to what is seen in the Wikimedia Commons photograph below.

I have never seen a squirrel with this condition in the Metroplex. If you happen to see one—or any other of the variations described in this article—I hope you will drop me a line and let me know about it! 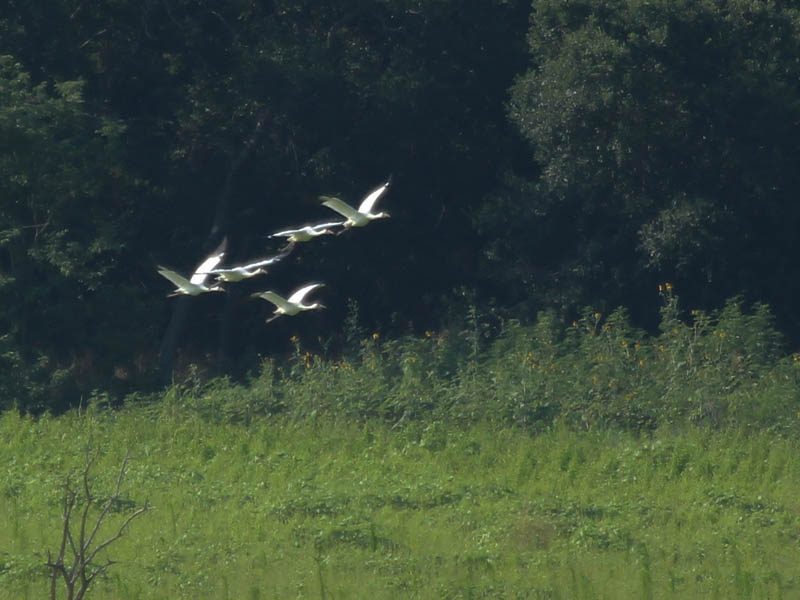 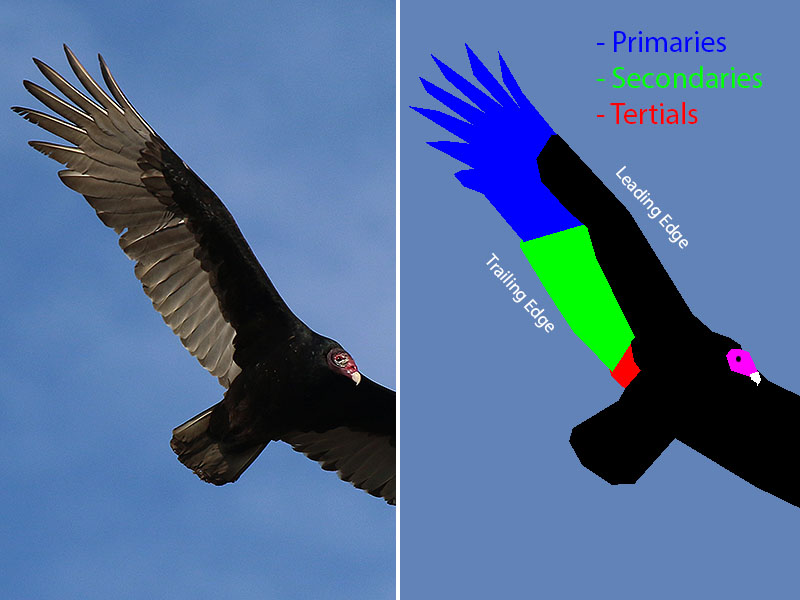