Full disclosure… This observation actually took place a few hundred yards/meters outside of the area normally covered by this website, but this is such a special find that I’m going to make a one time exception.

The following pictures are of a Bald Eagle’s nest located in the arm of a transmission tower near far southeast Dallas County. At least one eagle is on site, perched high at the top of the tower. There may be another eagle on the nest, but it is difficult to be certain from these pictures. If there is, that would make for an early incubation for these eagles. Ordinarily, they would only be engaged in nest building/repairing this early in February. 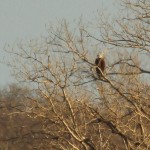 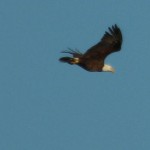 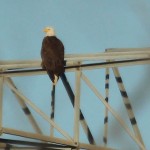 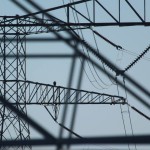 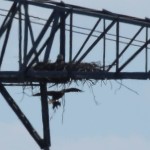