David Mimlitch has provided us with these excellent photographs of a Three-toed Box Turtle. This turtle was observed in the Arbor Hills Nature Preserve in Plano, Texas.

These turtles are omnivores, their diets varying with availability of food sources and the seasons. They are known to eat earthworms, insects, snails, slugs, strawberries, mushrooms, and green-leafed vegetation. They have been observed eating the eggs of quail. It should be noted however that all box turtles will prefer live foods to vegetation.

It has also been speculated that these turtles eat poisonous mushrooms, but are not themselves sickened by the mushroom’s toxins. Afterwards, the turtles then become poisonous themselves. Carr believes this to be the reason why a group of boys in Mississippi became ill after eating roasted three-toed box turtles.

As pets, they have been reported to eat mealworms, corn, melon, crickets, waxworms, tomatoes, cooked eggs, fruit, and even moist dog food. They can be shy about being watched while eating, and may stop and stare back motionless if this happens. 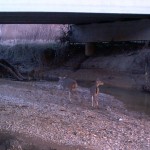 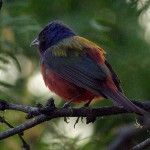 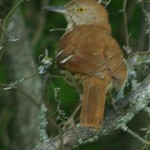