I observed these Yellow-crowned Night Herons by the ponds that line the White Rock Creek Bike Trail in the Lake Highlands area of Dallas, Texas.

I have found these exotic looking birds to be extremely tolerant of observation. They go about their business unconcerned by my presence as long as I allow for a respectful distance between us. This distance is usually much smaller than that required of most other bird.

These birds were busy hunting along the shores of these small bodies of water. They appeared to be hunting minnows, but I’m sure they would be open to almost any aquatic or semi-aquatic prey animal, such as insects, crustaceans, and amphibians.

Once a prey item was identified, the herons would move slowly but deliberately into position. They displayed incredible levels of focus as they would slowly lean over to strike.

Despite all of this activity, no successful hunting attempts were observed while I was on site. 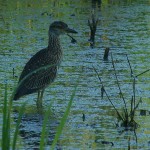 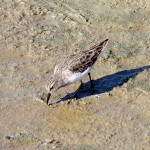 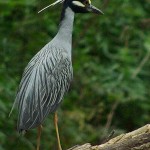 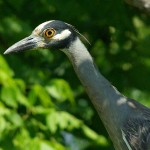