I discovered this unusual looking Spiny Oak Slug Moth on my truck window. I landed there while I was inside a business establishment. I didn’t recognize the species of this moth, so I captured it in an acrylic case that I carry for just such an occasion.

At home, I put the moth in the refrigerator to induce torpor so that she wouldn’t injure herself trying to escape . Soon the moth was immobile.

The next day I took the moth out and witnessed the warming up process. I had read about insect warming their bodies by shivering. Insects vibrate their extremities (wings, antennae, and legs) rapidly as part of the shivering behavior. The repeated expansion and contraction of muscle tissue generates heat that helps the insect warm itself.

This is the first time I had witnessed this behavior in an insect. After 30 minutes at room temperature the moth was active and ready to be released. 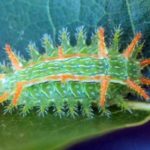 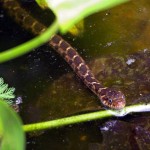 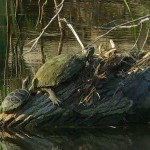 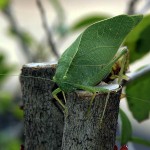