We observed this boisterous group of crows early one morning at Arbor Hills Nature Preserve in Plano. The crows were making a lot of noise, over an extended period of time.

Often this kind of behavior from American Crows indicates that they have discovered a bird of prey of some kind; possibly a Red-tailed Hawk or a Great Horned Owl. Crows like to “mob” birds of prey in an effort to drive them away. I’m sure this behavior has some sort of survival value, but sometimes it seems that the crows do it simply for the sport.

Today, there was no bird of prey to be seen. Its possible these crows were just making noise to be making noise! 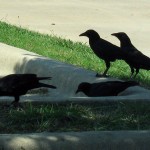 American Crow – A Murder at a High School 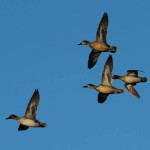 Green-winged Teal – Coming in for a Landing 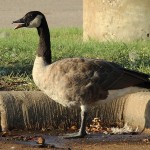 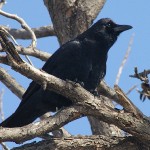