This journal entry is a bit of a tangent from an earlier entry I made about an old Nike Missile Base in Denton, Texas.

I first stumbled across references to an airfield named Denton Field while searching the internet for information about the old Nike Missile Base. Here is what The Handbook of Texas Online has to say about Denton Field:

Denton Field, which was 2½ miles northeast of Denton, was the site of the North Texas civilian pilot-training program of the Civilian Aeronautics Authority from 1940 to 1945. The original purpose of the program, which began in 1939, was to aid in the proper instruction of private flyers, but after World War II began, the program emphasized preparing young men for military flying. Colonel Ralph Devore, director of Region Four of the Civilian Aeronautics Authority, selected Denton as the site for the region’s North Texas base, and construction was begun and completed during the summer of 1940. The program at Denton began on October 10, 1940, with Theron J. Fouts as director, C. S. Floyd, Jr., as flight instructor, and Fred Connell, Jr., as ground instructor. The program accepted young men between the ages of nineteen and twenty-six who had completed one year of college and could pass a medical examination. Each student received seventy-two hours of ground training and between thirty-five and forty-five hours of flying, half flown solo. In the fall of 1940 twenty students enrolled in the program. The following year that number increased to thirty-five. From 1942 to 1945 an average of thirty-three students graduated each academic year. At the end of the war the civilian pilot-training program ended and Denton Field was abandoned. The army later selected the field as the site of one of four Nike-Hercules missile batteries in the Dallas-Fort Worth area. The base was completed in 1959 and dismantled in the spring of 1964. Although not in use in the 1980s and early 1990s Denton Field remained the property of the federal government.

The information towards the end of this paragraph is what caught my interest. According to this article the Nike Missile Base was built on the former site of old Denton Field.

I did some more searching, and soon came across this article on a web site called Abandoned and Little-Known Airfields. On this web site I discovered that the airfield may have also gone by the name College Field for at least some period of its history. More intriguing, though, I also found a number of useful maps and aerial photographs of Denton Field’s location.

On my next trip up to Denton I used these maps and photographs to establish the airfield’s actual historical location, and then I paid the site a visit. The airfield is long gone now, but I do believe we were able to correctly identify where it once was. I make my case below:

I believe that if you consider the 1958 aerial photograph, showing the boundaries of the airfield, with the map-photo overlay showing Denton Field and the Nike Base to be over a mile apart, it becomes very unlikely that the two locations are related in any way.

While on site at the old Denton Field location I took a number of photographs recording the way the site looks today. What’s left of the airstrip is now bisected by highway Loop 288, and the south end of the airfield (including all of the buildings shown in the maps and photos) is now a residential subdivision under construction.

As I walked around the site, I also discovered a number of artifacts that may be remnants of Denton Field. I include photos of them here also:

After this visit to Denton, I was satisfied that had had answered the question of whether the Nike Base had been built upon the site of old Denton Field, but now I was left with another nagging question… What is the real story of Denton Field?

This is where you come in. If you know anything about old Denton/College Field please contact me and fill me in on the details. I’d love to hear your stories and see any pictures of the airfield you might have. Any help identifying the artifacts I found (especially the New Daisy Waterer) would be very much appreciated also.

You can email me by following this link. 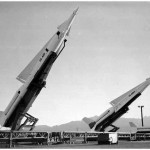 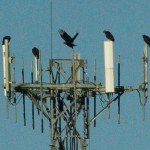 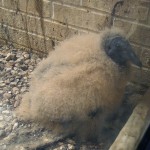 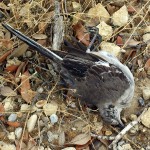 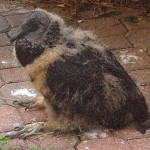 Black Vulture – Nest Update 12
AirfieldDentonDenton Field
By DFWUWJuly 11, 2011Chris Jackson's DFW Urban WildlifeLeave a Comment on There was an Airfield Here, Once