This observation includes some closeup pictures a Mediterranean Gecko. Pay particular attention to the pictures of the gecko’s feet. Geckos have a unique ability to adhere to surfaces that would be challenging for most other creatures.

This ability is attributed to the special physiology of the gecko’s foot as described in this quote from Wikipedia:

The toes of the gecko have attracted a lot of attention, as they adhere to a wide variety of surfaces, without the use of liquids or surface tension. Recent studies of the spatula tipped setae on gecko footpads demonstrates that the attractive forces that hold geckos to surfaces are van der Waals interactions between the finely divided setae (almost 500,000 Setae on each foot, and each of these tipped with between 100 and 1,000 spatulae) and the surfaces themselves. Each seta is 2 diameter of human hair long i.e 100 millionth of meter and each spatulae is 200 billionth of meter long, just below wavelength of visible light. These kinds of interactions involve no fluids; in theory, a boot made of synthetic setae would adhere as easily to the surface of the International Space Station as it would to a living room wall, although adhesion varies with humidity and is dramatically reduced under water, suggesting a contribution from capillarity. The setae on the feet of geckos is also self cleaning and will usually remove any clogging dirt within a few steps. 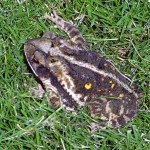 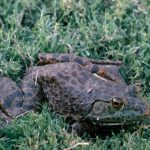 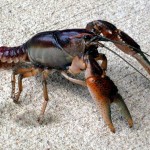 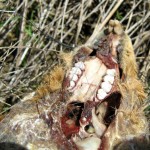 One Reply to “Mediterranean Gecko – Up Close”