Two years ago I ventured out to the Joppa Preserve in the Great Trinity Forest to take stock of the current state of Lemmon Lake. For over a century Lemmon Lake has been one of the most important water features located in this part of the metroplex. It is certainly one of the most unique wildlife habitats found here or anywhere else in Texas.

Unfortunately, Lemmon Lake is no more. Based on satellite imagery provided by Google Earth, it is apparent that the levee separating Lemmon Lake from the Trinity River failed sometime in the middle of 2017. When that happened, the nature of this amazing body of water changed forever.

Lemmon Lake has long experienced cycles of drying and refilling—this was true even before the dam breach occurred. A typical year would begin with a dry lakebed—all of the water long evaporated in the heat of the previous summer. Spring rains had the power to refill the lake, but only if they were sufficient to cause the nearby Trinity River to overbank. This required heavy rains, for extended periods of time, falling over just the right parts of North Texas. Most years it happened, but some years it did not.

When spring rains did happen to fill the lake, the water rarely lasted much into July. The intense heat of a broiling North Texas summer had the power to make short work of the shallow waters of Lake Lemmon.

While water was present though, Joppa Preserve was like the Garden of Eden. This one-of-a-kind wetland habitat had the power to draw unique and rare wildlife like few other places in the metroplex.

Now, with the levee breached, the lake has effectively remained dry for the last four years. Much of the old lake bed is now overgrown with new growth forest. It seems unlikely that Lemmon Lake will ever again hold water for an extended period of time. But, the basin will certainly refill—temporarily—any time the Trinity rises sufficiently with rainwater runoff.

During an early spring visit in 2020, I was struck by the evidence of deep and recent filling and then subsequent drying of the lake. At the time of my visit, it had only been a couple weeks since the last flood event, but the lake was already bone dry. The vegetation growing on the old lakebed seemed little disturbed by the inundation.

The clearest and starkest evidence of the refilling was a distinct water line etched on the trees that surrounds the dried lakebed. Like a bath tub ring, this unmistakable mark on the vegetation clearly indicated the height the flood waters reached.

But where had all the water gone? Even in the heat of the summer it took many weeks to evaporate the entire lake dry. A different mechanism was at work this time. Undoubtedly, the vast majority of the water had been drawn back out through the levee breach when the great Trinity River returned to more normal levels.

I was curious to learn more about this new process of filling and draining. With that in mind, I left a few trail cameras behind at four different locations around the lake. When the next flood event occurred a few weeks later, my trail cameras were there and had a front row seat for the action. Here is what they recorded.

The morning of Saturday, May 16 began with heavy rains, and the showers continued all day long. Some places around the metroplex had received well over 4 inches of rain before it was over. Extended downpours to the northwest ensured that the mighty Trinity River would receive enough runoff to overbank.

The northwest location was the first to flood. By late day on Saturday, May 16 more than a foot of water had collected here. The storms concluded on Sunday, but even so, the water continued to rise through the night and into the next day, eventually reaching a maximum depth of around three feet.

Footage from Monday, May 18 showed the water already starting to recede. Flood waters continued to be drawn out through the dam breach all day Tuesday. By midday on Wednesday, May 20 the short-lived deluge was gone, and the drying process had begun.

The northeast location was much slower to flood. It was well after dark on Saturday, May 16 before water began flowing into the area. By early afternoon on Sunday, May 17 nearly a foot of flood water had collected.

It was late afternoon on May 18 before the water level had reached its zenith at somewhere around a foot and a half deep. It then immediately began to recede, and by morning the next day there were only puddles left.

At the end of the day on Wednesday, May 20 all of the water was gone and the drying had begun.

The southwest portion of the lakebed was slow to flood. At this location there was a small, semi-permanent pool of water, but with the exception of this little bit of water, things were no wetter than normal for well over the first 48 hours of the flood event.

When the deluge did finally reach this spot early on the morning of Monday, May 18, the water level rose quickly and steadily. The inundation eventually reached a height of around two and a half feet before rapidly retreating again.

By early morning on Tuesday, May 19 most of the flood water was gone, and by mid-afternoon May 20 things had pretty much returned to their normal state.

The southwest section of the lake was also slow to flood. It took well over two days before this part of the lake began to show the signs of the deluge that were affecting other parts of the lake.

By midnight on Monday, May 18 the flood rolled in and quickly filled the area with a foot or more of water. But just as quickly the inundation was swept back out again. Late Wednesday afternoon there was little remaining evidence that anything unusual had occurred.

This springtime flood event returned Lemmon Lake to life briefly, but the unique water feature was gone again just as fast. For the foreseeable future, this is likely the way things will be at what used to be Lemmon Lake… Occasional refilling, followed by rapid emptying, as the once amazing lake transforms slowly and steadily into another type of habitat.

It is remarkable that at a time when there appears to be so much significance placed on environmental concerns, that there would be so little interest in addressing a real, tangible, and local environmental problem right here at home. As far as I can tell, no one in authority has even noticed the Lemmon Lake dam failure, much less attempted to address it. 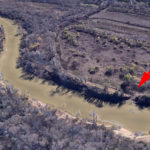 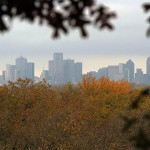 What is the Great Trinity Forest?