I followed these two eagles last year as they nested and then successfully raised a brood of two eaglets in Seagoville, Texas—all within sight of the downtown Dallas skyline. This was a truly remarkable story of a once endangered species now on the rebound and expanding it range even into some of our most densely populated urban areas. My post about these eagles begin here: Bald Eagle – Nest Tower, and continues on through 18 weekly updates.

The eagles have found a fantastic place to nest. Unique in that their chosen nesting platform is a steel transmission tower over looking a man-made wetland. There is no denying that this is a prime location for the eagles to raise a family. These eagles have done everything they can to minimize the natural challenges they will face when caring for their brood.

But there are other challenges that the eagles must face. Challenges that they are not and cannot be aware of. Last year while the birds diligently went about their parenting business, concerns were raised that the eagles might somehow disrupt the flow of electricity along this important transmission line. These towers service much of southeast Dallas—including hospitals and other critical operations—and a interruption of power needed to be avoided.

Of course the power company recognized that they were dealing with a delicate situation. There’s no better way to raise the ire of Texans than to mess with the regal avian symbol of the United States. Bird lovers across the state would have been up in arms.

But the concerns were not only for the power lines, but also for the eagles. The proximity to the high voltage lines meant the eagles were in constant danger of having a tragic accident as well. It was determined that something needed to be done, and in the end the decision was made to move the nest.

The plan was to erect a new standalone tower a safe distance from the original site. Next, the existing nest would be moved intact to the new tower. At the same time exclusion devices would be installed on all transmission towers along this stretch of the route in order to discourage the eagles from simply rebuilding their nest in another problematic spot.

Execution of the plan began shortly after last year’s brood of eaglets fledged. The young birds were given adequate time to adjust to life out of the nest before work begin. Step one was to install the exclusion devices on the other towers in close proximity along this line. These installations are designed to dissuade the eagles and other birds from nesting on the transmission towers—no sense in just shifting the problem over a tower or two!

Next on the agenda was to construct the new tower a short distance away. The contractors were about to initiate this work when the eagles threw them a curve ball by returning to the nest earlier than expected. In late October the two adult eagles where observed inspecting their original nest in its original location. Work on the nest relocation was immediately suspended.

With their unexpected early arrival the eagles bought themselves a one year reprieve. Work on moving the nest will be put on hold until the end of this year’s breeding season. This years brood will be raised in the same nest as last year’s. Another successful breeding season will certainly only strengthen the eagles ties to this location, something that will likely improves the chances of the nest relocation effort ultimately succeeding. Its a positive development if you ask me.

Last year the eagles began incubating their eggs sometime during the first two weeks of February. As that date approached this year I expected to see increased activity around the nest site. Last weekend I decided to stop by to have a look.

Immediately noticeable is the larger size of the nest this year. The eagles have been busy shoring it up this fall, and it is distinctly bulkier than it was last year. This is evident even a mile away when the towers first comes into view. From my car I could see that there were no eagles present on the nest, but I headed out anyways hoping they would make an appearance as I got closer to the nest. As it turned out luck was with me on this morning. After arriving at the transmission tower, and just seconds after setting up my tripod, both eagles flew up from the trees below and landed at the top of one of the towers. Perfect for pictures! The pair stayed together at the top for a long stretch of time. Eventually the large females launched herself into the air and disappeared behind the treeline below. When she returned a few minutes later she was clutching a small twig in her talons. She circled the towers several time before finally landing on the nest. The male quickly moved to join her there. The two seemed to dicker somewhat over were the right spot to place the twig was. Eventually they reached a compromise, and the twig was added to the structure of the nest in what was certainly a very critical spot—or maybe not. Seconds later the pair was gone. Both eagles flew off to the south and soon disappeared behind the intervening trees. That was enough for me this week as well. I will make a point of stopping by again soon to see how things are coming along. These eagles are nesting far outside the breeding area indicated on most distribution maps. They are pioneers in the DFW metroplex. Hopefully this pair will have another successful brood, and introduce even more eagles into the North Texas area! 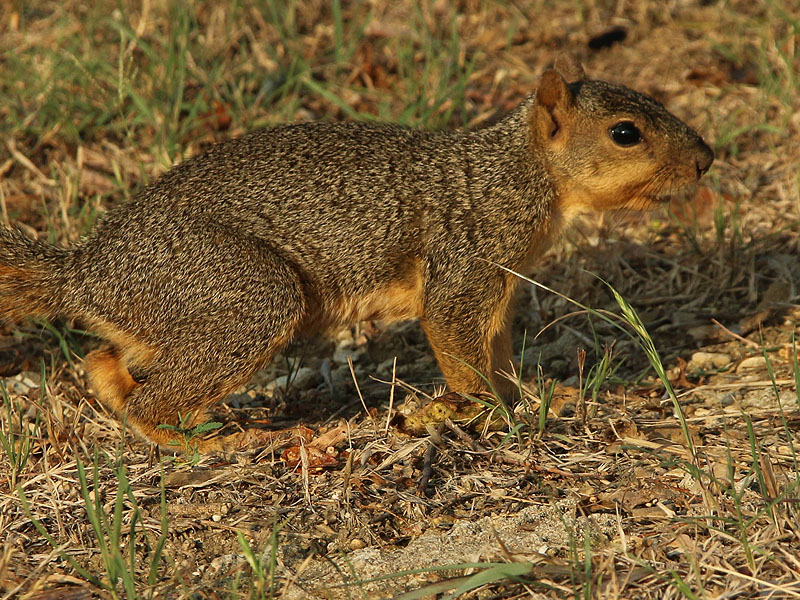