These beautiful pictures come to us from Aparna Rao and Sabra Taggart of Irving, Texas. One of these owls showed up in Sabra’s front yard way back in the fall of 2011. He stayed there through the winter and into March of the next year before moving on.

When he reappeared in October of 2012 he had a friend with him. The two Eastern Screech Owls again spent the winter at Sabra’s house, before disappearing in early March (Busy raising raising a brood of owlets, no doubt).

The pair showed up again this fall, and Sabra was able to get some great photographs them—including a particularly nice shot of the two owls and some beautiful Christmas Eve snow! 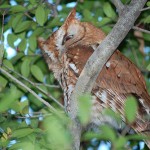 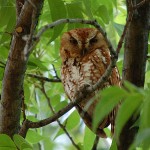 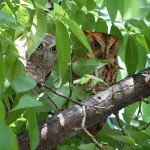 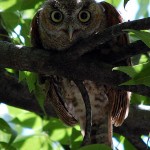 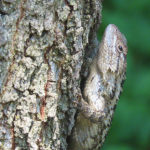