A Beaver’s Lodge built in a small cattle tank in The Colony, Texas.

Wikipedia has this to say about the North American Beaver:

The North American beaver (Castor canadensis) is one of two extant beaver species. It is native to North America and introduced to Patagonia in South America and some European countries (e.g. Norway). In the United States and Canada, the species is often referred to simply as “beaver”, though this causes some confusion because another distantly related rodent, Aplodontia rufa, is often called the “mountain beaver”. Other vernacular names, including American beaver and Canadian beaver, distinguish this species from the other extant beaver species, Castor fiber, which is native to Eurasia. 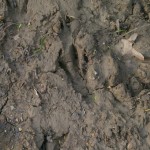 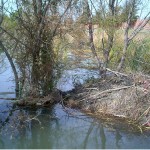 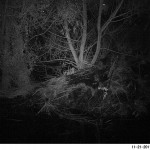