There is a pretty good population of White-tailed Deer living in the park land around Old Alton Bridge in Denton County. I have discovered an abundance of deer sign, in certain areas, on my occasional visits to the park this summer.

Unfortunately, where there are deer there are almost certainly going to be poachers. And that looks like it might be the case here as well.

I first visited this area of prime whitetail habitat on August 12. I brought a couple of Scouting Cameras with me in hopes of getting some photographic evidence of the deer I suspected were there. I intended to set my cameras far off the beaten path, and as I made my way into the woods I was surprised to stumble across this hunting stand mounted in a tree near a well traveled game trail. Vegetation had been cleared from in front of the stand creating a tidy little kill-zone.

I set my Scouting Cameras as I had planned, and then headed home to check the regulations covering hunting on public land around Lake Lewisville. Here is what I found:

Here are the hunting regulations in a nutshell:

Hunting Licenses, Permits, and Fees: To obtain a hunting permit for Lake Lewisville a valid hunter education certificate is required regardless of age. You may get a one time “Hunter Education Deferral” . This can be purchased where and when you buy your Texas Parks and Wildlife state hunting license. You can pick up the Corps permits starting August 16, 2011 at our lake office located at 1801 N. Mill Street, Lewisville, Texas. The Corps permits are free, but you will need a valid drivers license, a valid 2012-2013 TPWD hunting license and either a hunter education certificate or “hunter Ed. Deferral” at the time you pick up your permit. You will receive a hunting guide, map and vehicle permit when you get your hunting permit.

Bag Limits: Bag limits are the same as those listed in the 2012-2013 Texas Outdoor Annual for Denton County.

Open Seasons: Hunting for legal game (listed above) allowed as published in the Texas Outdoor Annual for Denton County. The hunting areas will open September 1, 2012 and close August 31, 2013.

Legal Hunting Weapons and Methods: Archery only for feral hogs, all other legal game may be taken with a shotgun using shot size no larger then #2. Crossbows WILL be allowed to hunt Feral Hogs. It is ILLEGAL to hunt with or carry Muzzle-loaders, rifles and pistols while on USACE property.

Hunter Responsibility: All hunters must obey hunting regulations issued by County, State, and Federal Governments and abide by the Fort Worth District hunting policy. All persons hunting on Corps of Engineers lands or waters will be held liable for any conduct or action which endangers the safety of other project visitors or adjacent landowners and for damage to property on project lands and adjoining private property. Motorized Vehicles of any kind are not allowed on US Army Corps of Engineer property. Hunters must wear at least 400 square inches of hunters orange material when hunting and are also required to wear some type of orange head wear. Hunters exempt from this requirement are: persons hunting turkey, waterfowl, or migratory birds. Non-bark penetrating tree stands, as well as temporary free-standing blinds such as towers, platforms, tent-style, and natural blinds are allowed. However, each blind, regardless of use, must be completely removed from the land or water upon completion of each hunting days. Public law 111-024 does not apply to Corps projects or facilities, therefore it is illegal to carry any firearm even with a state/federal certified CHL.

The key points here are that deer hunting is not allowed at Lake Lewisville at all, and while stands are permissible, they cannot be left in place overnight.

So, was this stand there for hunting Feral Hogs, which is allowed (archery only)? Well, maybe.

Usually when there are Feral Hogs present in an area their sign is pretty hard to miss. So far, I’ve found no indications of Feral Hog activity in this park. But, I have heard rumors. Perhaps verifying their presence or absence would make a good future project.

When I returned to the park two weeks later I was pleased to find a number of new White-tailed Deer photographs on my cameras. Like I said, there is a pretty healthy population making their way on these public lands. Just for the record, I did not photograph any Feral Hogs with this set.

But, deer were not the only thing I recorded on my cameras. I also got pictures of this interesting party packing out the hunting stand that I had discovered on my earlier visit. These photographs were taken on August 19—seven days after I first discovered the hunting stand. Now, I can think of several possible explanations for what is going on in these pictures. Some of them involve poaching, and some of them don’t. I will leave it up to my readers to judge for themselves what the most likely scenarios may be.

Whatever it is these guys are up to, it certainly appears to be a family affair. In addition to the man carrying the stand, there were also three boys tagging along, ranging in age from their late teens down to the age of 7 or 8. No doubt important lessons about how to behave on public park lands were being learned on this day.

Postscript: These guys were kind enough to leave my camera alone. I consider myself to have returned the favor by pixelating their faces. 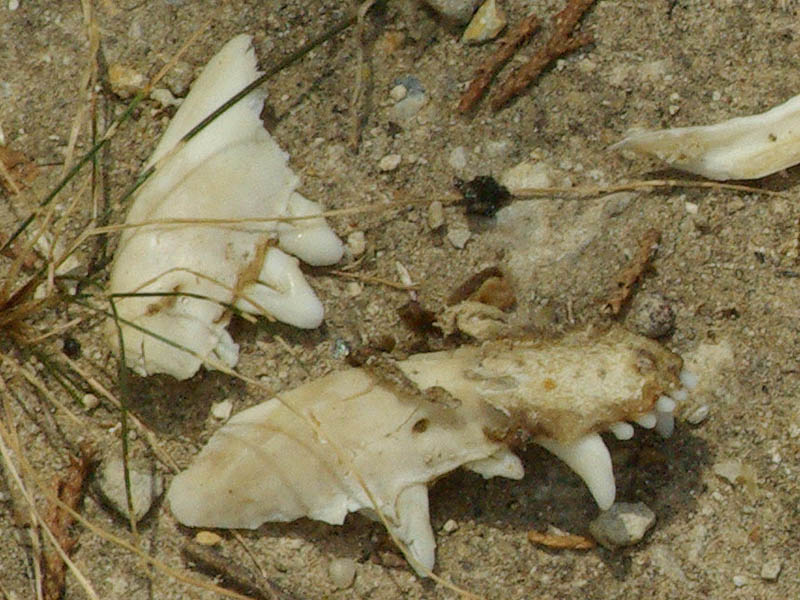 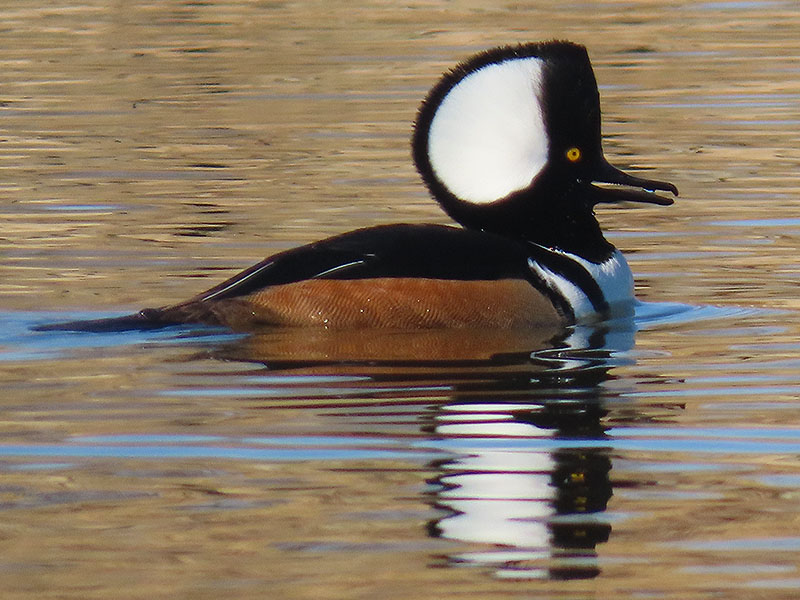 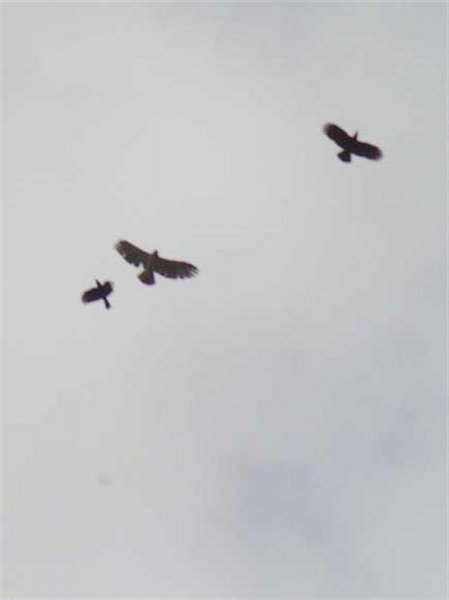