There are four White-tailed Deer in these photographs taken near Schiff Lake in The Colony, Texas. There are two deer in the foreground and two in the background. Carefully comparing the photographs below will help you to locate all four deer. The deer’s coat is a reddish-brown in the spring and summer and turns to a grey-brown throughout the fall and winter. The deer can be recognized by the characteristic white underside to its tail. The deer will raise its tail when it is alarmed to flag the other deer. There is a population of white-tailed deer in the state of New York that is entirely white (except for areas like their noses and toes)—not albino—in color. 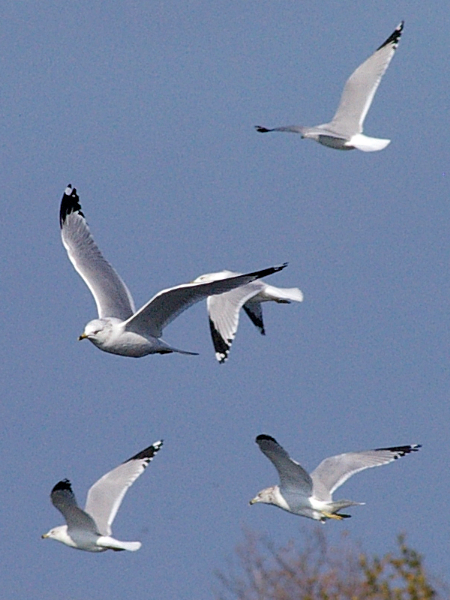 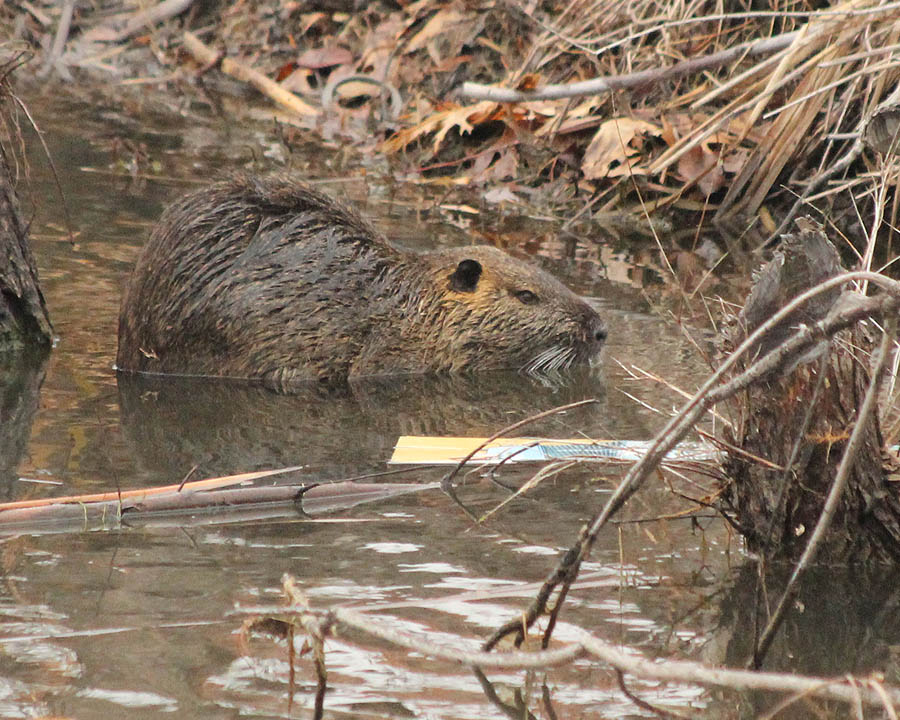 Nutria – In a Beaver Pond 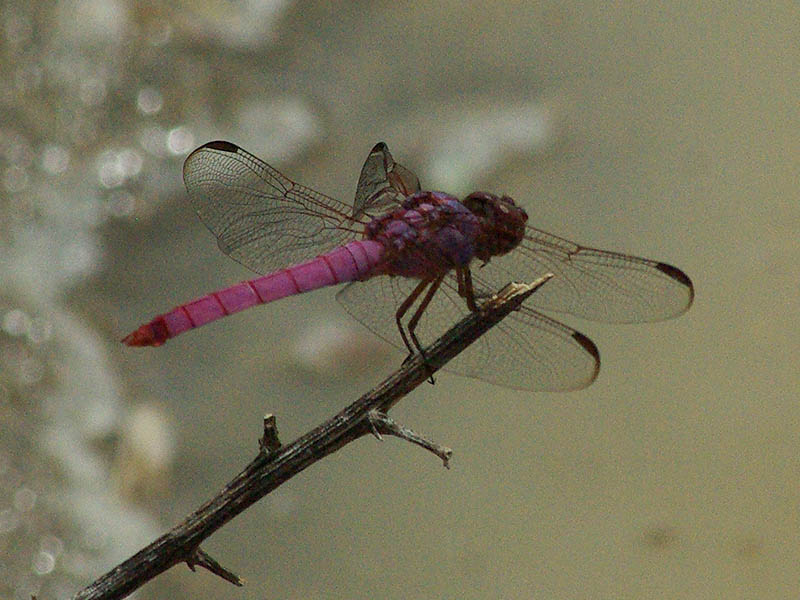