The Forest Unseen by David George Haskell (copyright 2012) pursues an ambition and noble goal. The author focuses his attentions on a single square meter on the floor of a forest in the Tennessee mountains. He refers to the imaginary confines of this nature theatre as the mandala—named after a Buddhist ceremony conducted by Tibetan monks.

David George Haskell records his observations in forty-three journal like entries documenting the progression of an entire year, January through December. Each short chapter covers a single visit to the mandala—roughly three to four entries for each month of the year. His prose is poetic in its flow and scientific in its reflections. Many aspect of the biological and physical world are covered over the course of the book. There is something of interest in its pages for every nature lover.

We cannot move without vibrating the waters, sending into the world the consequences of our desires. The hawk embodies these spreading waves, and the marvel of its flight startles us into paying attention. Our embeddedness is given magnificent, tangible form; here is our evolutionary kinship splayed out in the fanning wing; here is a solid, physical link to the north woods and the prairies; here is the brutality and elegance of the food web sailing across the forest.

Thoughts on a portion of the seldom seen, rarely considered biosphere…

The few people who do study these worms boast that if all matter were removed from the universe, leaving only nematodes, the planet’s shape would remain, a haze of worms. The forms of animals, plants, and fungi would still be discernible in the creamy fog and, because nematodes are so specialized, the original inhabitants of these forms would still be identifiable. Tell me what worms you have and I’ll tell you who you are.

David’s observations of nature gravitate toward the fine grained. He uses his ready powers of observation to extract many compelling tidbits from the minutia. His reflections on each lead down fascinating and occasionally unexpected paths of discovery. There are gems of knowledge aplenty to be gleaned from each chapter.

Each journal entry quickly selects a topic of interest, and dives right into exploring the underlying science. The technical aspects are explained in vivid detail, but in a way that is readily accessible to the layman. You will definitely learn something new from the reading. The author frequently makes observations that are copious and illuminating, but David rarely venture far from the conventional wisdom on his chosen topics. Nonetheless, he occasionally presents a point of view that is really worth ruminating on…

But, to love nature and to hate humanity is illogical. Humanity is part of the whole. To truly love the world is also to love human ingenuity and playfulness. Nature does not need to be cleansed of human artifacts to be beautiful or coherent. Yes, we should be less greedy, untidy, wasteful, and shortsighted. But let us not turn responsibility into self-hatred. Our biggest failing is, after all, lack of compassion for the world. Including ourselves.

I enjoyed reading this book, but I sometimes had trouble staying engaged. In spite of the pleasant writing style and compelling essays, I couldn’t escape the feeling that I had read a close cousin of this volume sometime in the past. Nonetheless, it is easy to recommend this edition as agreeable light reading—a nice book to take with you on a long plane trip, or a lazy vacation.

If you are well versed on the nature genre, there may not be much profundity to be gleaned from this reading. You’ve likely already been exposed to similar thoughts and observations. But, if you are just beginning your explorations of natural sciences, this book is a fine place to start. And if you are a seasoned nature enthusiast, you can still expect to enjoy David’s essays, even if you happen to come away from the experience not completely fulfilled by the endeavor.

So, now let’s get down to the brass tacks and compile a score based on the following rating criteria…

RATING: Four out of Five Stars 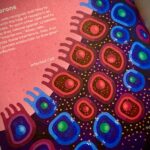