It is no secret that I enjoy working on this web site. Almost every week it seems I come across something new and interesting—often things I have never seen or heard of before. But, every once in a while, my efforts lead me to something really unique—something that I feel especially privileged to get to experience. Two weekends ago was one of those times, when my daughter and I were afforded the opportunity to visit Rogers Wildlife Rehabilitation Center (RWRC) in Hutchins, Texas.

The Rogers Wildlife Rehabilitation Center, as described on their web site is a:

501 (c) (3) non-profit wildlife organization whose purpose is to provide care and rehabilitation to injured, sick and orphaned birds with the goal of returning them to their natural environment. The objective of the RWRC’s Outdoor Learning Center is to inspire all visitors to conserve and protect our native Texas wildlife.

Kathy Rogers, the facility’s owner and operator, was gracious enough to take time out of her busy schedule and allow us a behind the scenes look at the center’s operations, and the hundreds of birds currently in their care.

One of the first things you notice when you arrive at the RWRC is a large mural along the length of a wood fence. The painting illustrates many of our native birds and their preferred habitats.

Inside, we were greeted by the caregivers working in the primary care area of the facility. This section of the clinic is where orphaned juveniles and special needs birds are attended to. Food preparation and medical attention is handled here. Kathy started us off by showing us all of the birds currently receiving this special care, and relating a number of their stories to us.

Rogers Wildlife Rehabilitation Center has been in operation, in one form or the other, for over 30 years. Over this time period they have provided care for tens of thousands of birds. Kathy Rogers has been the one constant.

If you trace the facility’s history back to the beginning you find Kathy Rogers, a bird lover who kept parrots as pets. Because people who lived in her neighborhood knew Kathy had the parrots, they began delivering orphaned or injured birds to her whenever they were discovered. They assumed she could help because she owned birds. That’s how this whole thing got started.

Then, a transformative event occurred. Early in the predawn hours of August 2, 1998, the City of Carrollton surreptitiously bulldozed an active egret rookery, nests, eggs, baby birds, and all. News of this event has mostly evaporated from the Internet. This is the only web page I could find that addressed it directly: http://www.oocities.org/~greyhawk_1/editorspecial.html. But, the important point is Kathy came to the rescue—for as many birds as she could anyways. In the end, she assisted nearly 500 orphaned and injured birds. In some ways this terrible event was the genesis of Rogers Wildlife Rehabilitation Center in its current form.

Around this time, Browning-Ferris Industries (BFI) had set up a small task force to investigate ways they could spread the word about their efforts to mitigate their industry’s impact on the environment. BFI was a North American waste management company and, in a nutshell, they just wanted some good PR.

They approached Kathy with an offer to allow her to release some of her rescued egrets on a reclaimed BFI landfill. Unfortunately, the land was not an appropriate habitat for the birds, but it was a good location for a rehabilitation facility. Sensing a long shot opportunity, Kathy pitched the idea of a rehabilitation center to the task force members, and they liked it. BFI offered Kathy a deal on the property that I can only describe as being too good to be true. The rest is history.

By Kathy’s own admission, BFI (now Allied Waste Services) does not use this altruistic and generous gesture as you might expect they should in their promotional and public relations material. A little humble bragging about what they have allowed to happen here would probably be to Allied’s and Rogers Wildlife Rehabilitation Center’s benefit.

Continuing with the tour, Kathy next led us outside to see the rest of the facility. There we saw the true scope of this operation. Hundreds of birds in various stages of rehabilitation. Some of the hardier youngsters were kept outside, as were most of the birds preparing to transition back into the wild. A large number of domesticated birds are also cared for at the RWRC.

So, what brings birds to the RWRC? A number of things—the weather is a major cause of birds in need. Storms can destroy nests and otherwise injure birds. But mostly, the injured or orphaned birds come from contact with people. Collisions with automobiles are a frequent problem, as are impacts with mirrored windows. Construction is also a major contributor. When a lot is cleared and trees come down, so do nests and baby birds. Hunting season creates many orphaned birds as well. Dove hunting season begins on September first in north Texas. Doves frequently continue to raise young well past that date. If a parent is killed by a hunter, the babies will die too—most likely from starvation or exposure. When any of these things happen Rogers Wildlife Rehabilitation Center is there to help.

This year alone they have handled over a thousand birds, including 70 Screech Owl, 400 egrets, and many, many baby mallards from backyard swimming pools. State law allows the RWRC to keep protected birds for up to six months. After that they must be either released back into the wild, euthanized, or designated for educational purposes. Extensions are available in special cases, but they must be applied for.

A good example is a Crested Caracaca in Kathy’s care. The Crested Caracara, also know as the Mexican Eagle, is a beautiful and exotic looking bird of prey. The bird in Kathy’s care was found on the side of a country road. Its flight feathers had been clipped and it could not fly—no doubt so that the caracara could be kept as a pet. The bird had somehow managed to escape it captors, but without the ability to fly it certainly would not have lasted long on its own. Now the caracara must stay in RWRC’s care for at least a year until it completes its normal molt and grows a new set of flight feathers.

Most of the birds that come to RWRC are released back into the wild after they are healthy again. Some birds, because of the nature of their injuries or other factors, become part of the center’s education outreach program. These birds will accompany Staff member to elementary schools and other locations for special presentations.

As you can imagine, it is an expensive proposition to provide this kind of care. Food, medicine, and other essentials are costly. In addition to these expenses, the facility must also be be licensed by the State and Federal Government. Rehab Permits, Education Permits, and Salvage permits from both Texas and the US Government are required.

The RWRC relies exclusively on private donations of material and money for their day to day operation. They do not receive funding from Federal, State or Local government. The facility runs on a shoe string budget, and the folks at the RWRC have become experts at stretching a dollar. Over the years Kathy has become a master of re-purposing and reuse. Much of the facility has been cobbled together from whatever items happen to be donated. The employees at the RWRC take great pride in their ability to make productive use of items other people have discarded.

There is no question that caring for and feeding a multitude of birds like this is a major undertaking. Doing it on a shoe string budget is all the more challenging. For Kathy and the rest of the staff managing the stress level is a prerequisite for working here. One of the stories the staff related to me is that there are three blenders on the premises. One for fish, one for mice, and one for margaritas. Here’s to hoping those blenders are clearly labeled.

The links below contain more information about the Rogers Wildlife Rehabilitation Center and ways you can help: 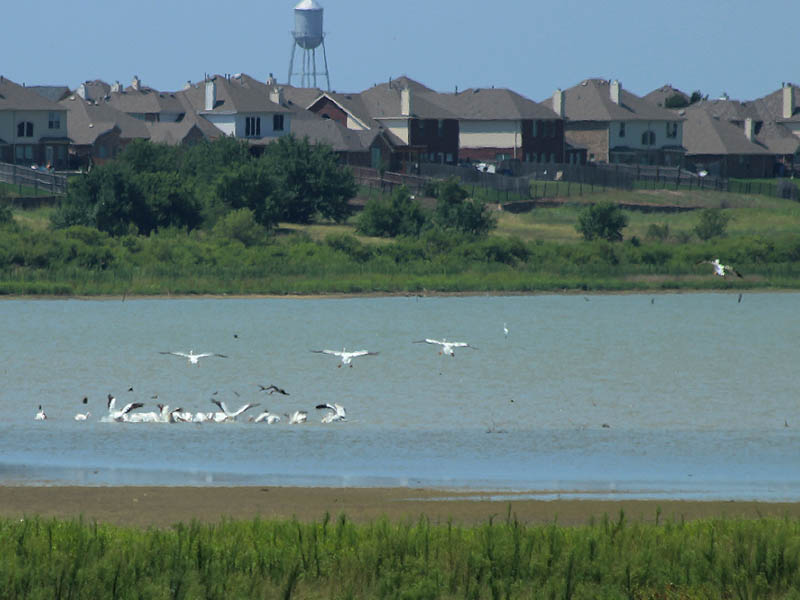 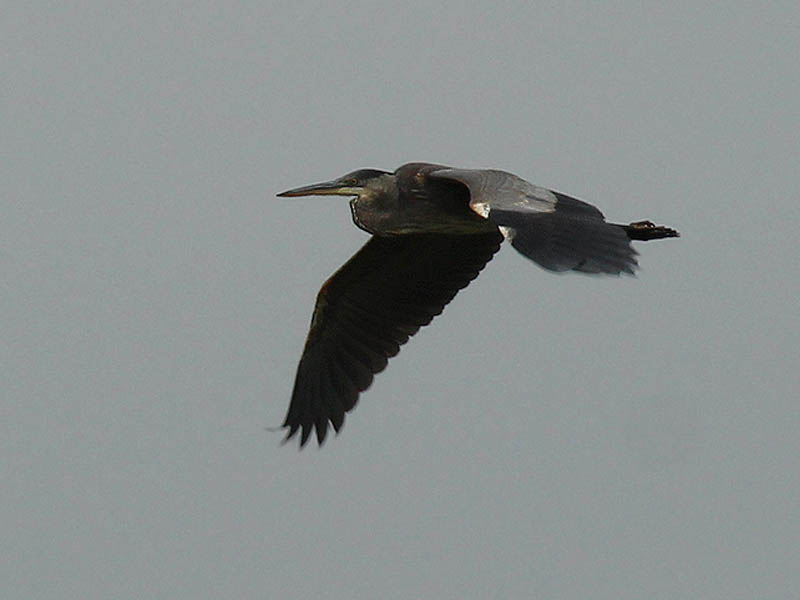 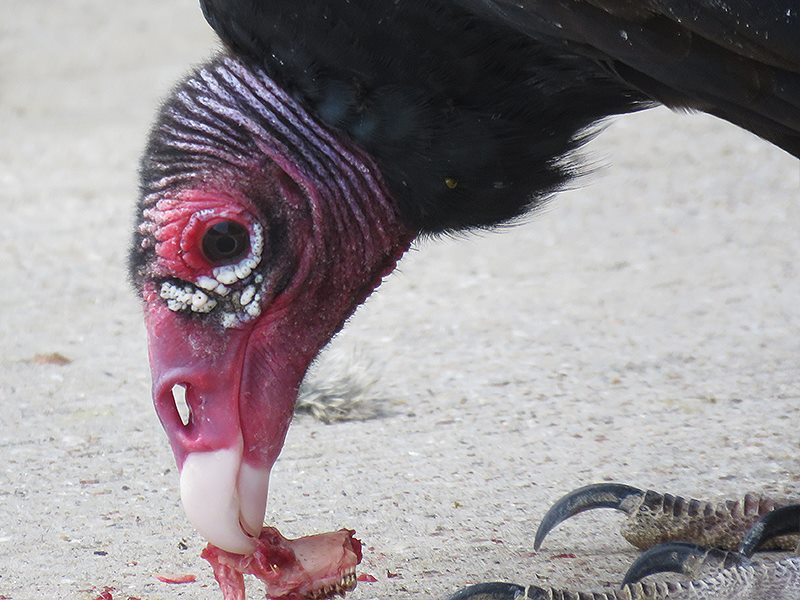