We all eagerly awaited the hatching of the second egg, but instead, we received some sad news a couple of days later. As it turns out only one of the two vulture eggs was viable this year. By March 29, the second egg had been pushed aside and crushed. There was no embryo present.

It was March 31 before we were able to travel to Denton to visit the nest. Once there we discovered the newborn vulture in the care of its mother and doing just fine. 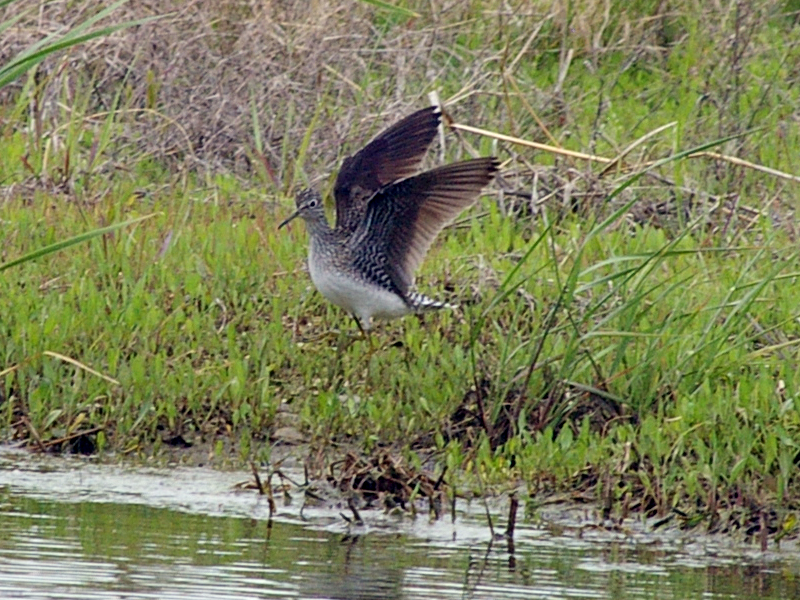 Solitary Sandpiper – Along the Shore